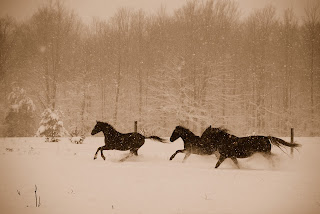 It’s hard to believe 2013 has almost flown by.  It seems like just yesterday I was taking stock in 2012, and reminiscing about the special times I spent with friends and family.  And my Amish friends.  So much so, I came up with a “Top 20” list of my most special moments with the Amish people and community.  So, here they are, and in no particular order:

When 2012 ended, I had no idea my life would connect with this community of faith even more.  Now looking back on 2013, I see where I have stepped closer into this way of life.  I will share those new “Top 20” soon, Lord willing.

The weeks seem to fly by, don’t they friends?

Thanksgiving is behind us, and the Holy Season awaits.  While joyfully preparing a favorite dish for Thanksgiving dinner, I had my youngest son, Mark, in mind.  I knew he enjoyed it, and would be thankful upon seeing it on the bountiful table.  Just think – Jesus told us He would go and prepare a place for us!  He is making a place that will encompass all we adore!    John 14:2-3 “In My Father’s house are many mansions; if it were not so, I would have told you.  I go to prepare a place for you.  And if I go and prepare a place for you, I will come again and receive you to Myself; that where I am, there you may be also.”

Lately, my focus has been on laying up meat for our 15 sled dogs, which requires trips via truck to nearby smokehouses and processors for their prime give-a-ways.  Today was such a trip.  This has been the routine for the last decade, and our thankfulness for these folks can’t begin to be verbalized.  Now, with the end of the rifle (deer) season, our trips will be less and less.  We also butchered our final hog, with processing day looming. 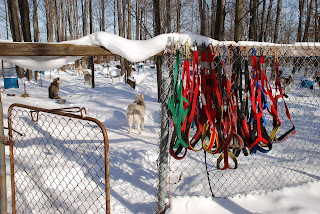 I’ve dragged our dog sled out in the drive by the cabin, but have yet to hook up dogs.  This year, we are officially “retired” from providing rides to the public and it feels heavenly to have a clear calendar around the Christmas holidays.  Until I know that snow hook will take hold, the sled will sit.

Since our last season, we have said our last farewell to several dogs in our kennel due to age and/or infirmity.  They were born before 2000 - old dogs, with puppy hearts.  It is always difficult to see a dog reach the end of the trail.  It fills your head with all the glory they experienced as Champions on the race trail.  How ironic that these dogs have seen more wilderness throughout the Midwest and beyond than us, as their owners.  Two of the dogs, Windows and Ranger, were born at Arctic Wind Racing Kennel {Bob and Jan Shaw}.  And one, old-gal Union, originated from the Championship kennel of Andrew and Diane Cesario.  All leaders.  All amazing.  In the early 2000’s they reigned as true Champions on winning teams driven by winning mushers such as Frank Holmberg, and owners, Joann and Larry Fortier who had Windows and Ranger in their Coyote Run Kennel for the main portion of their life.  In their later years, upon coming to us, they ran tours with intense pride, enthusiasm and an air of professionalism.  Many know them.  Many will miss them, as will we.  It’s bittersweet to close the door to a piece of mushing history.  Rest in peace, sweet canine friends. 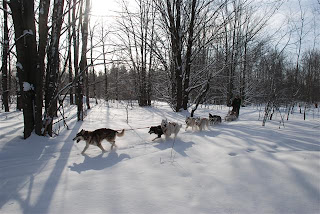 Black bonnets on Black Friday – what a special way to spend the day!  I headed out early in the morning from our small 40-acre farm to head south – to my favorite Amish community.  I picked up two young women and headed to several Amish-run businesses, via my small 4x4 truck.  As we traveled out into “the world”, how delightful to be with these beautiful young women who were Christ-filled and joyful.  They are like a clean slate – Tabula Rasa.  What a gift.  We had a wonderful time, visiting two more Amish communities and wrapping up the day at a Walmart and Subway.   One of the highlights was seeing adults and children alike from one Amish community head home from a ski/sledding adventure on a local hill, using the horse-drawn wagon to pull gloved skiers, grasping ropes trailing behind the trotting horse.  It truly brought a smile to my face.

I’ll be heading back to my favorite Amish community next week, once again.  This time to assist in canning beef and pork from their recent butcher day.  I’m truly counting the minutes until that adventure.

The rifle season ended without success.  However, we are in a county that has a “late anterless” season from 12/23/13 to January 1.  I may have venison burger yet, Lord willing.

On a sweet note, our hen “Israel” just came off her broody session with two new chicks today.  This gal hatched 22 chicks for us this past summer.  (8 the first batch, and 14 the second)  That’s a lot of sitting time!  She’s out in our barn, away from the chicken coop.  For a moment Russ talked about bringing the trio in the cabin for the next few week.  I would have complied, but after thinking more about it, we know the chicks are warm huddled under Mama Israel, and she is a good Mama and will protect her young.

I will leave you with a precious video from a dear friend, Homemaker Ang.   You won’t be sorry you took the time to view these beautiful, unique images.  I’ll write more next week about how ironic it is that us, Homemaker Ang and family, and Terri’s family (as written about HERE) are all on the same page.  What’s going on folks?  What are we getting “ready” for?

Until next time – Lord willing.

Rejoice!  The King is on His way!

Come along for the ride...

Sometimes I wonder just how I got here.   To this place…this place of confusion and concern.   Of seeking… I know there... 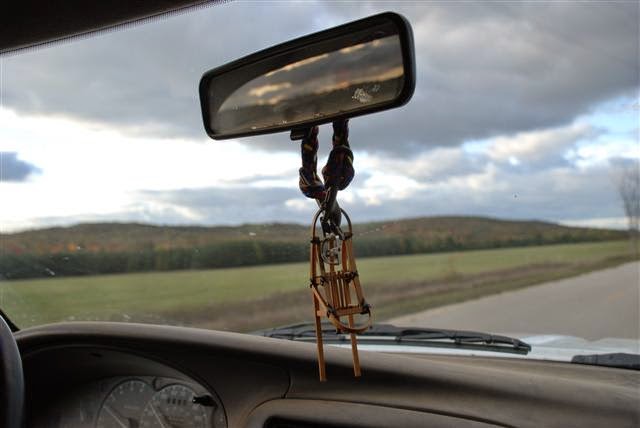 All photos and accompanying text are the sole (and soul) property and COPYRIGHT of Russ-Stick Acres (and all therein). All rights reserved and protected under the United States and International Copyright Laws. ©